A Beginner’s Guide to Altcoins 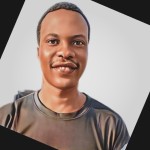 Altcoins are digital currencies alongside the most popular cryptocurrencies, Bitcoin and Ethereum. They’re usually cheaper, faster, and more liquid than the major ones. But what’s the catch, and are they worth your investment?

Altcoins are the new kids on the block. They’re smaller, faster, and more nimble than their big brothers, Bitcoin and Ethereum. And they have a lot of potential to be the next big thing in cryptocurrency. But if you’re getting into this space, it can be hard to know where to start, especially since there are so many different options.

Altcoins were created to solve some of the problems that Bitcoin and Ethereum users were experiencing with their wallets. For example, some Altcoins offer faster transaction times than Bitcoin and Ethereum do; others have lower fees or no fees at all; some have better privacy features than others do; some offer more security than others do…etcetera.

So why should you care about Altcoins? If you’re not a big fan of the major cryptos or want to try something new, Altcoins could provide you with the opportunity. And if you’re not sure how or where to begin, this guide will help you get started.

The word ‘altcoin’ is a blend of the words ‘alternative’ and ‘coin,’ This combination suggests that they are an alternate cryptocurrency to Bitcoin and, in some cases, Ethereum. They were initially adopted by people who believed that the original cryptocurrency had flaws or limitations

Altcoins can be based on the same technology as any parent coins and thus have similar characteristics. But, generally, they do not share the same features as they may differ in various ways. They can also be used to make payments, store value, and transfer value like Bitcoin and Ethereum do.

The origin of Altcoins is a bit of a mystery. Some believe it began with Bitcoin, which was released in 2009. Others claim Litecoin, released in 2011, was the first true altcoin. Still, others say that Namecoin, built on Bitcoin’s code, was the first genuinely notable altcoin. Whatever the case, the fact remains that several Altcoins are forks, created to solve specific limitations.

Several Altcoins are forks, usually created by developers who want to change how Bitcoin or Ethereum works or have found a way to improve the technology. Based on forking, there are three main categories of Altcoins:

Side Chains: These side chains run parallel with existing blockchains (like Litecoin or Dash) but aren’t connected directly with them—they’re just hanging out on their little island, somewhere far away from everything else.

Based on nature and use cases, Altcoins have other versions. These are coins that primarily serve as tokens or use as a hedge against volatile currencies. Some of them include:

There are hundreds of altcoins out there—so many that it’s hard to track them all. Because there are so many, it can be overwhelming to figure out which ones deserve your time and attention.

Pros and Cons of Altcoins

Altcoins are like a breath of fresh air. They offer solutions to the problems that have plagued Bitcoin and Ethereum for years, and they do it in style. They’re not just about making money—they’re about changing the world. Here are some of the pros:

They Increase Availability and Liquidity

Altcoins are available on more exchanges. The more exchanges that have Altcoins listed, the more likely you can purchase them and sell them when you’re ready. This allows for better liquidity which means that your coins can be exchanged faster than if they were only available at one exchange.

One of the most compelling reasons to invest in Altcoins is that they solve different problems than Bitcoin. In other words, you can use them for things that you might not be able to do with Bitcoin directly. Here are some examples:

While Altcoins do have some benefits, they also come with their own set of problems and challenges. Some of them include:

The altcoin market is highly volatile, and this makes it difficult for traders to make a profit. Many factors can influence the price of an altcoin, including news events and technical analysis. The availability of information about Altcoins also affects their value, so if there’s not much information available on a specific altcoin (or its website gets hacked), its price will be determined by other factors such as supply and demand.

The biggest issue with Altcoins is that they have not yet achieved wide acceptance, which means there is no actual use. This can be seen as a result of fundamental issues in the design and implementation of Altcoins, or it may simply be a matter of time. Since no one has come up with a widespread use case for these coins, they are only used by people who want to speculate on their value (which means they are just like stocks).

If you’re using an altcoin, you might risk losing your money. The key to avoiding scams is to only do business with companies that have a good reputation and to do your research before you invest any money. Besides, Altcoins are not regulated by any government or financial institution, so there’s no one to protect you if you get scammed. The price can likewise be easily manipulated by people who buy them up in large numbers and then sell them off quickly for a higher price.

Should You Invest in Altcoins?

It depends. If you’re looking for a more efficient way to make money, then yes, you should invest in Altcoins. The cryptocurrency market is volatile, so there are opportunities to make good returns if you know what you’re doing. But it also means there are risks—which might be too great for some people.

If you’re not sure whether or not you should invest in Altcoins, the best thing to do is to educate yourself and understand the process before making any decisions. Here are some things you should consider:

In all, it’s essential to know that there is no one-size-fits-all answer to investment. There are lots of different factors that can affect the value of a coin, and some coins are better suited for certain kinds of investors than others.

Is it Better to Invest in Bitcoin or Altcoins?

Some people believe it is better to invest in Bitcoin than in Altcoins. However, many investors invest in Altcoins rather than in Bitcoin in the market. So which one is right? Below are factors to look into:

Altcoins are much cheaper than Bitcoin. For example, Dogecoin costs $0.06695 per coin, while 1 BTC costs around $24,820. So if you want to invest in cryptocurrency but don’t have much money, Altcoins are an excellent place to start because they’re far less expensive than Bitcoin.

When it comes to investing, there’s no question that Bitcoin has outperformed all other cryptocurrencies by far. While some Altcoins have done well enough to be considered ‘successful’ investments, none of them can match the market capitalization of Bitcoin over any period.

Bitcoin is safer and more secure than Altcoins because it has had more time to grow secure systems and practices. Some newer coins are working hard on ways to ensure that investors feel safe with them as well. Still, with Bitcoin, you don’t have to worry about your money being hacked or stolen. However, if you invest in an altcoin that is not as secure, you risk losing your investment because of hacking or theft.

If you’re looking at short-term investments, Altcoins might be a better choice than Bitcoin. They tend to have more wild swings over a shorter period—which could mean higher returns if you’re willing to take on more risk. However, if your investment horizon is longer than one year, Bitcoin is probably the better choice because its value tends to increase over time.

Bitcoin has been around for quite some time and has proven its usefulness as a currency. Many other coins have been created since then. However, they may not be as valuable as Bitcoin. Consider whether or not the altcoin has a purpose other than being used as a currency or payment method.

Altcoins are here to stay. They’re a way for people to invest and create their communities, and they’re also a way for people to get involved in the blockchain process. They offer a lot of benefits, but they can also cause some problems when it comes to investing or trading them. If you’re ready to start trading, be sure to research before investing money into Altcoins.

We use cookies on our website to give you the most relevant experience by remembering your preferences and repeat visits. By clicking “Accept All”, you consent to the use of ALL the cookies. However, you may visit "Cookie Settings" to provide a controlled consent.
Cookie SettingsAccept All
Manage consent

This website uses cookies to improve your experience while you navigate through the website. Out of these, the cookies that are categorized as necessary are stored on your browser as they are essential for the working of basic functionalities of the website. We also use third-party cookies that help us analyze and understand how you use this website. These cookies will be stored in your browser only with your consent. You also have the option to opt-out of these cookies. But opting out of some of these cookies may affect your browsing experience.
Necessary Always Enabled
Necessary cookies are absolutely essential for the website to function properly. These cookies ensure basic functionalities and security features of the website, anonymously.
Functional
Functional cookies help to perform certain functionalities like sharing the content of the website on social media platforms, collect feedbacks, and other third-party features.
Performance
Performance cookies are used to understand and analyze the key performance indexes of the website which helps in delivering a better user experience for the visitors.
Analytics
Analytical cookies are used to understand how visitors interact with the website. These cookies help provide information on metrics the number of visitors, bounce rate, traffic source, etc.
Advertisement
Advertisement cookies are used to provide visitors with relevant ads and marketing campaigns. These cookies track visitors across websites and collect information to provide customized ads.
Others
Other uncategorized cookies are those that are being analyzed and have not been classified into a category as yet.
SAVE & ACCEPT